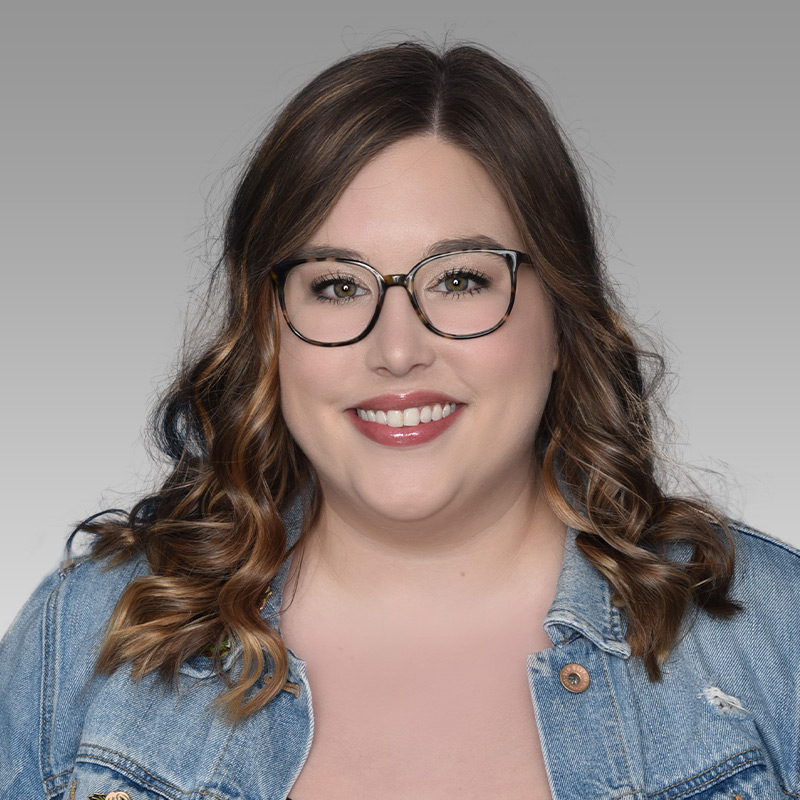 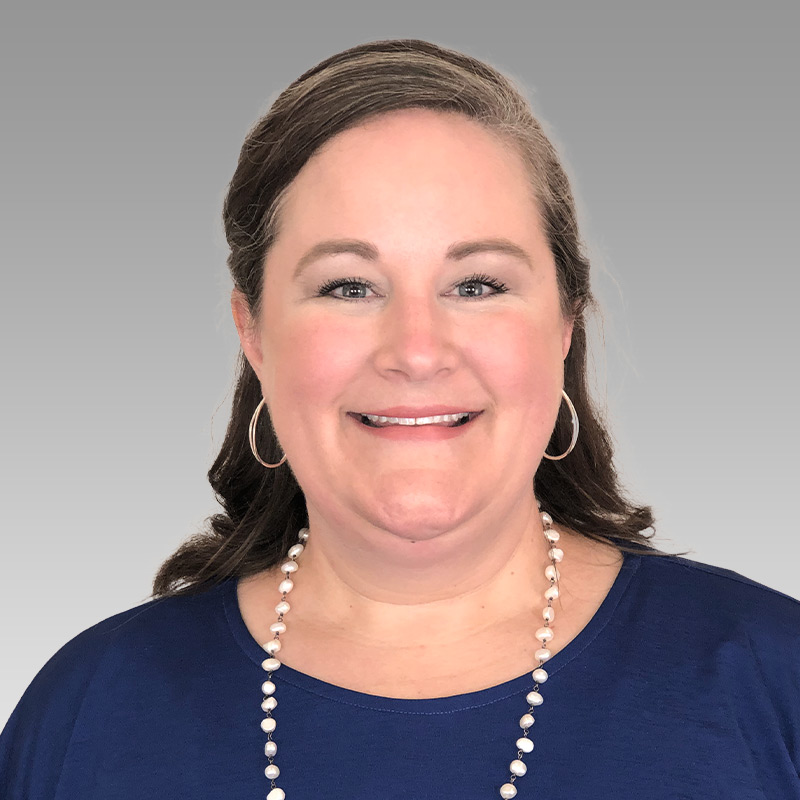 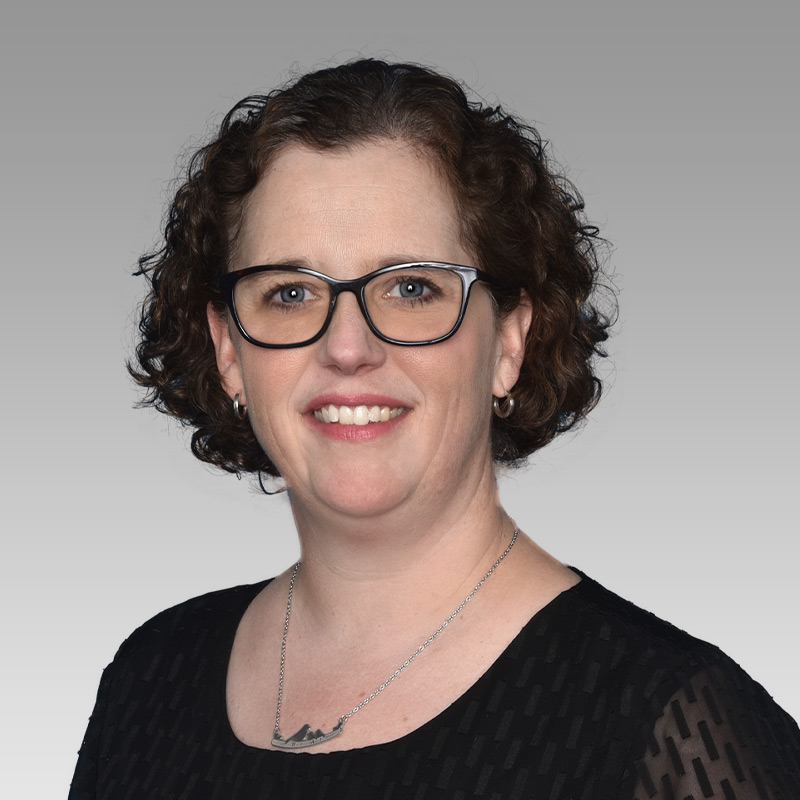 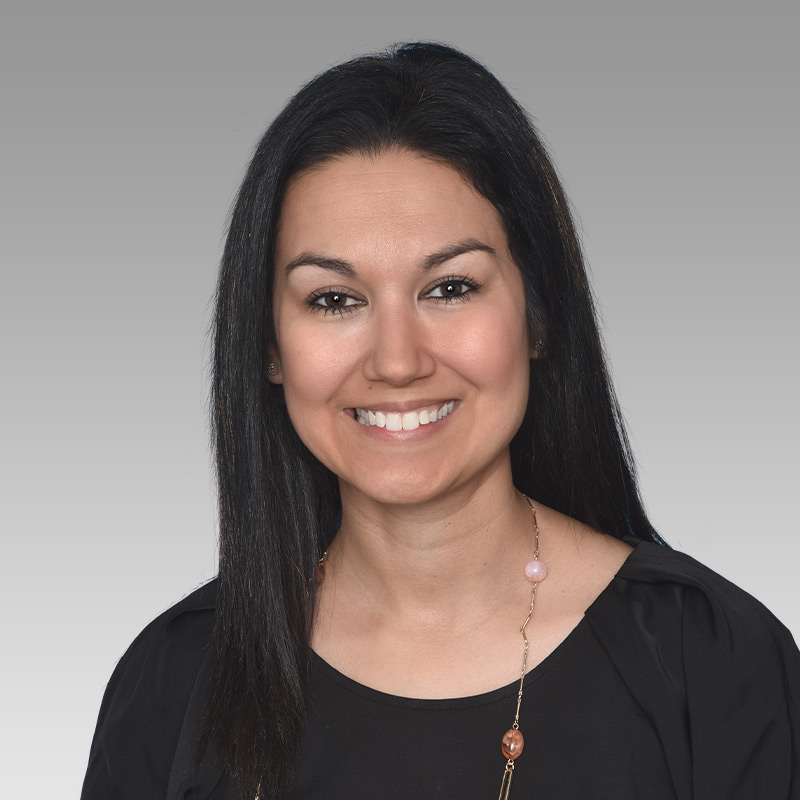 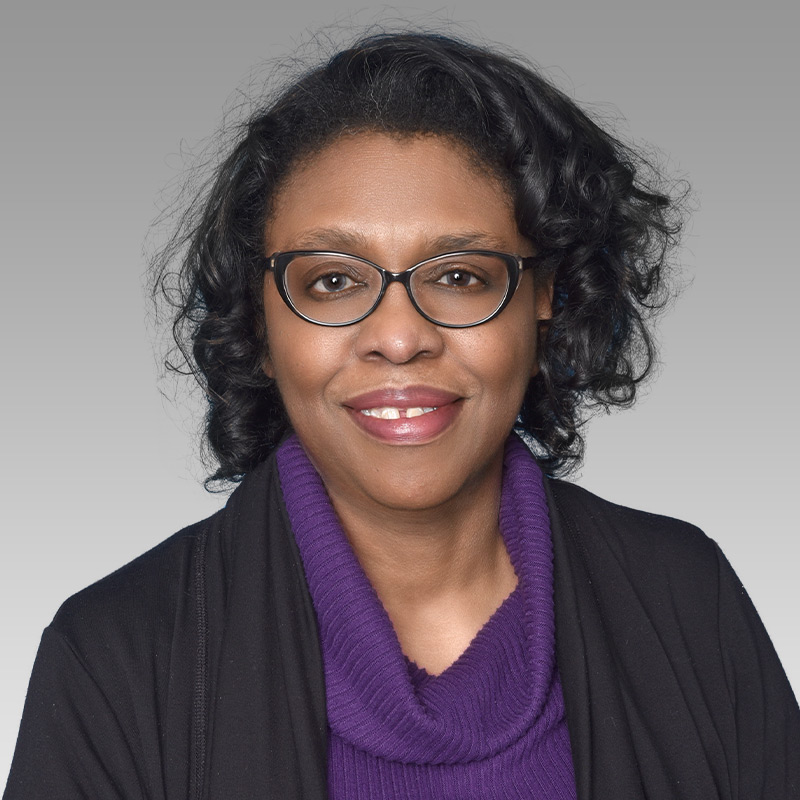 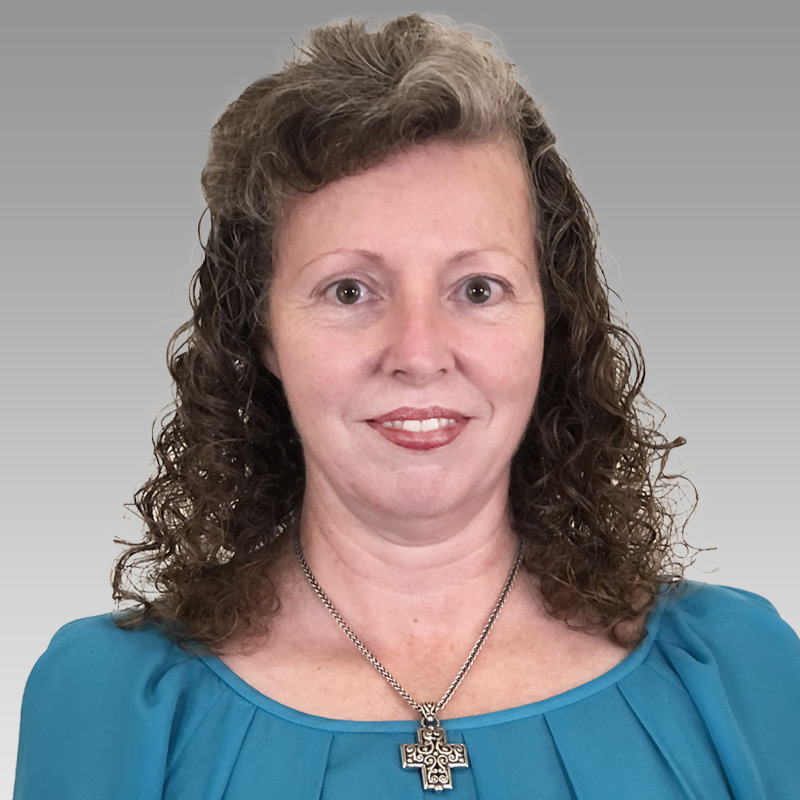 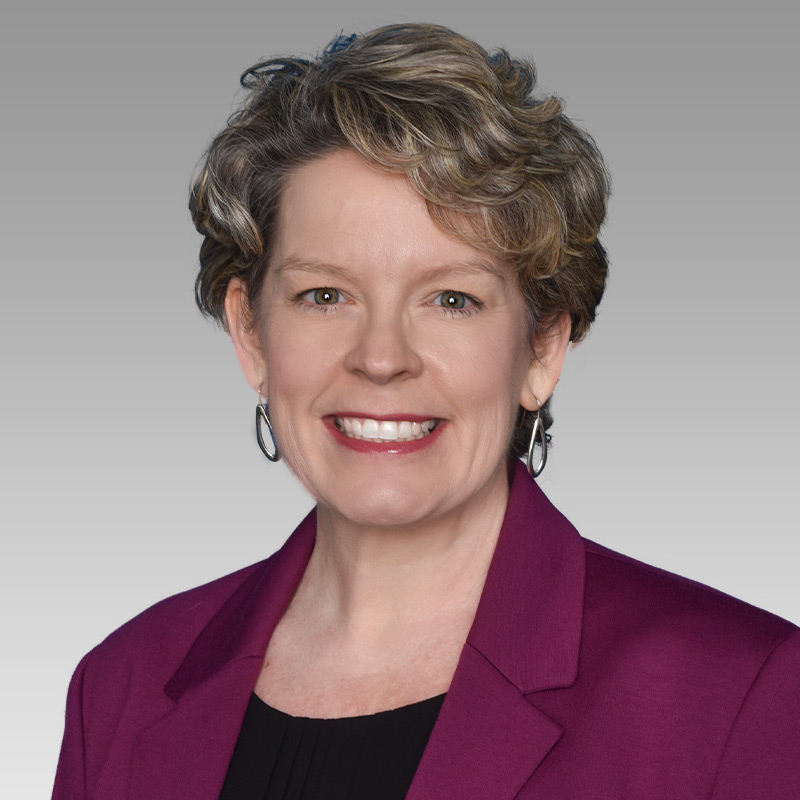 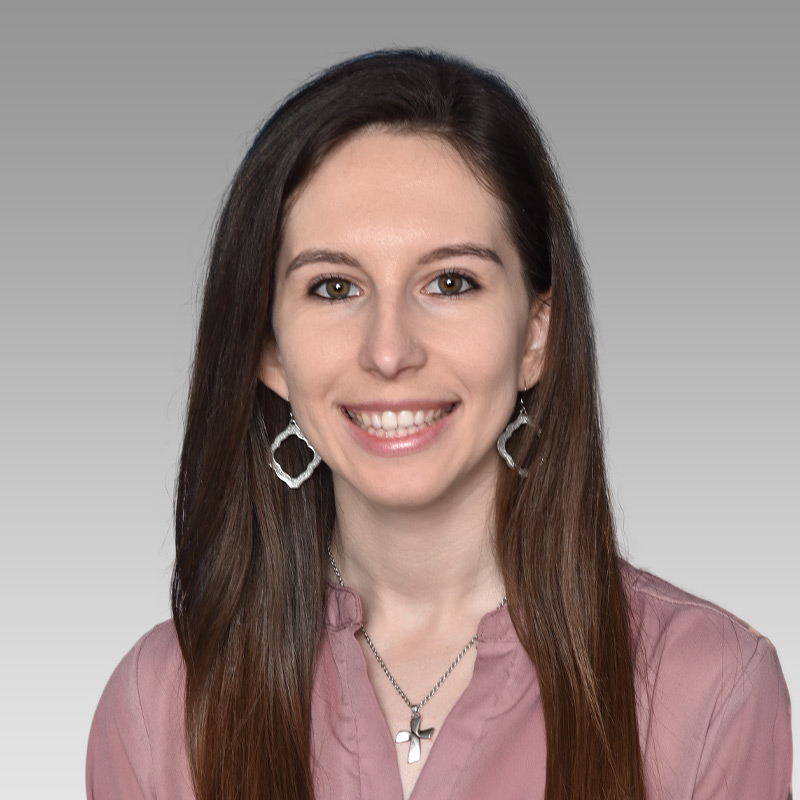 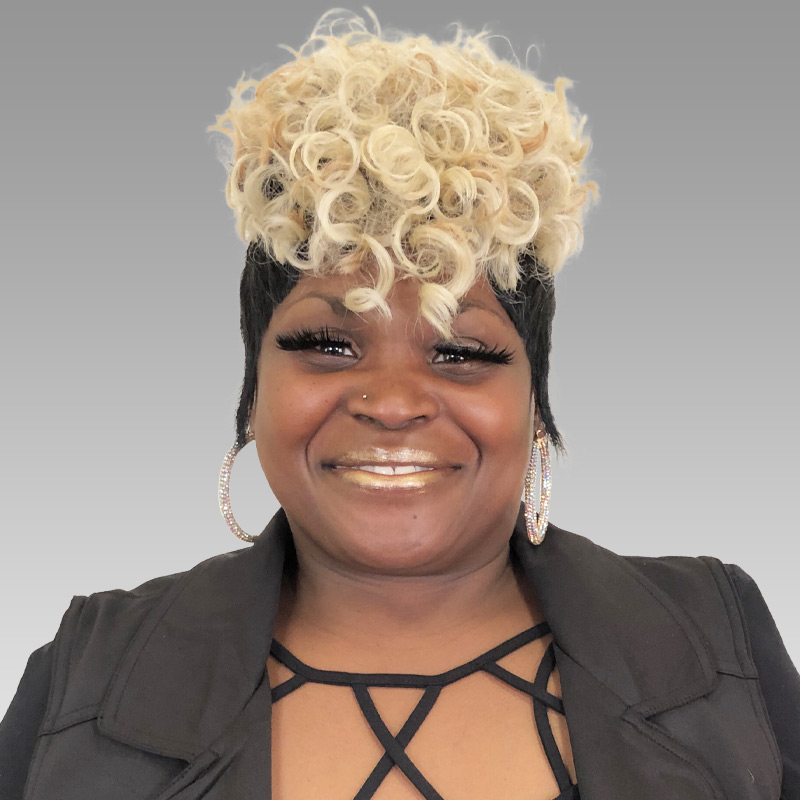 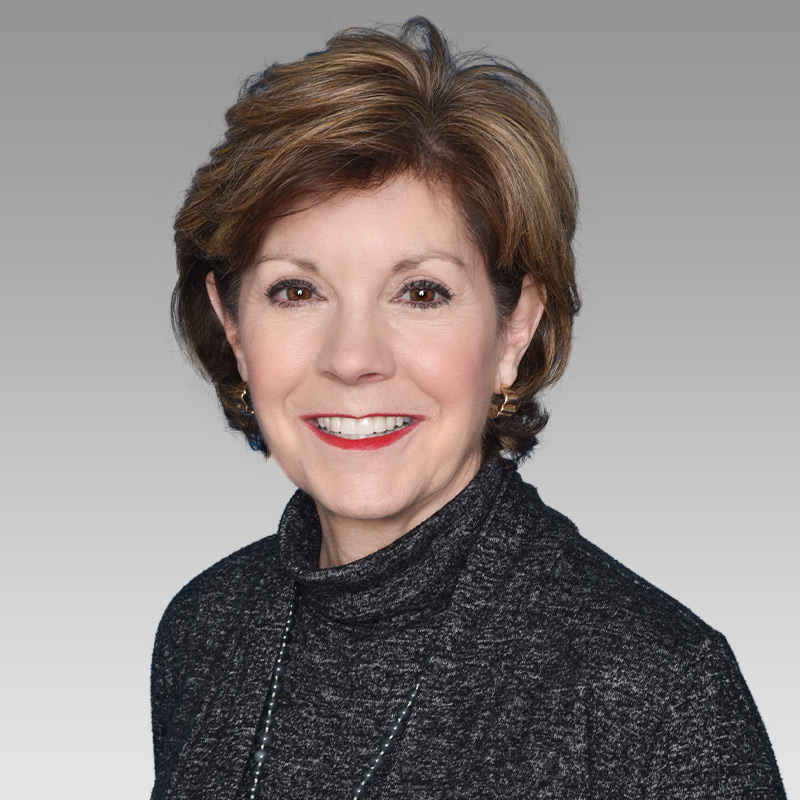 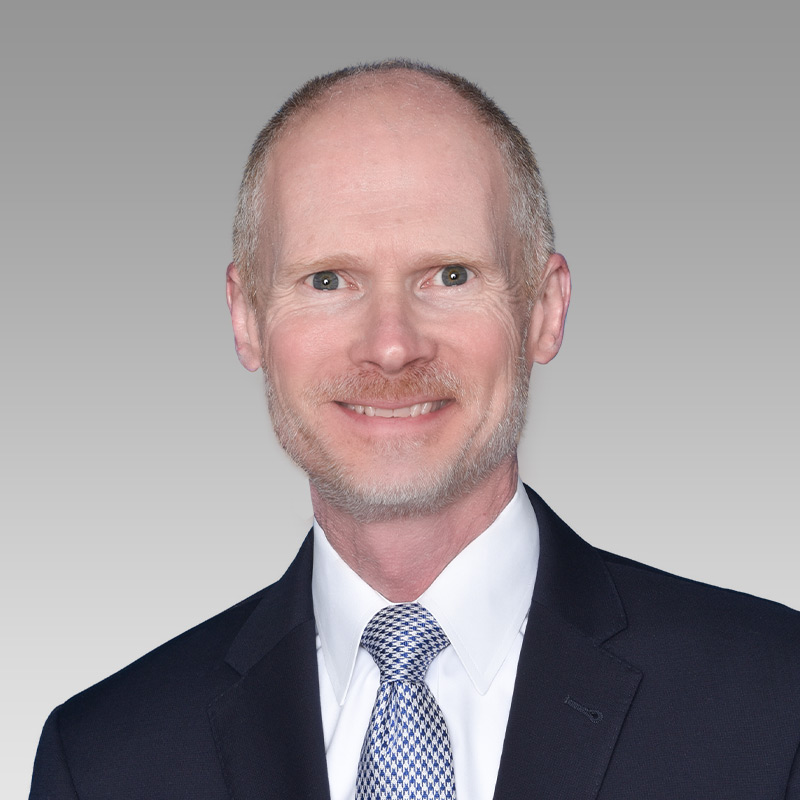 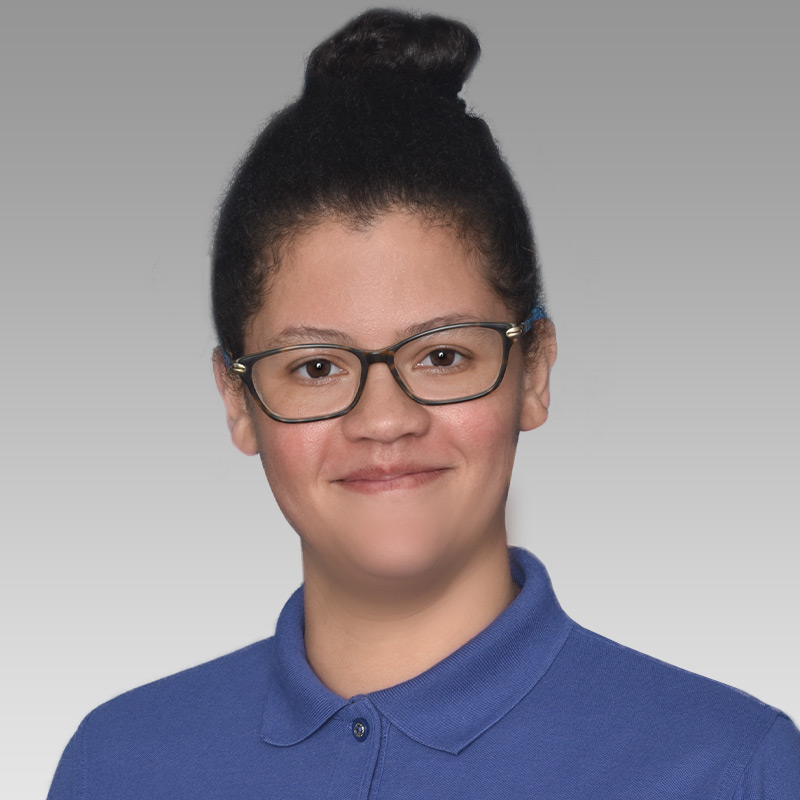 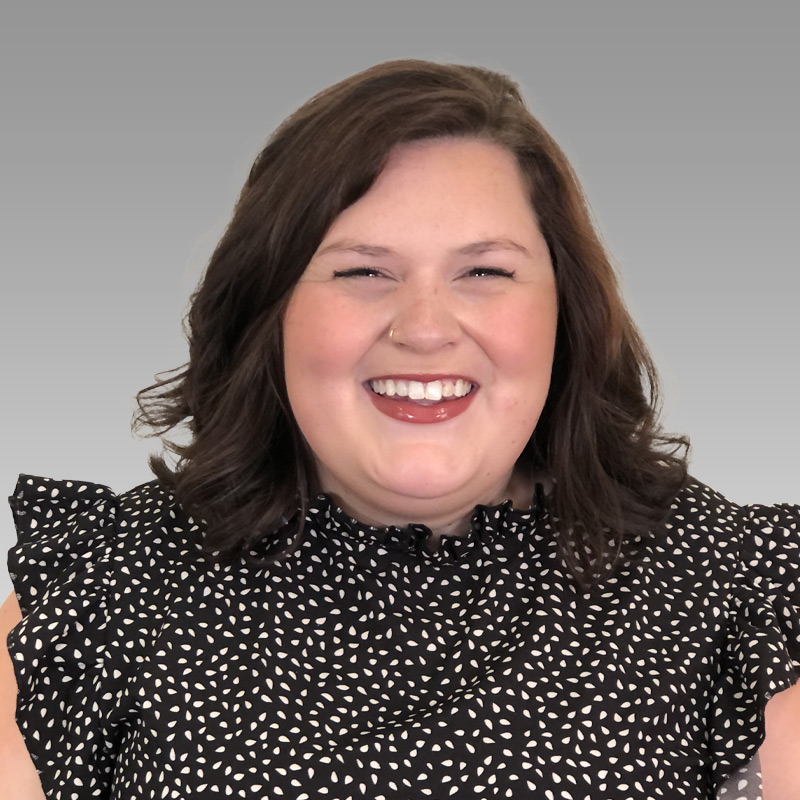 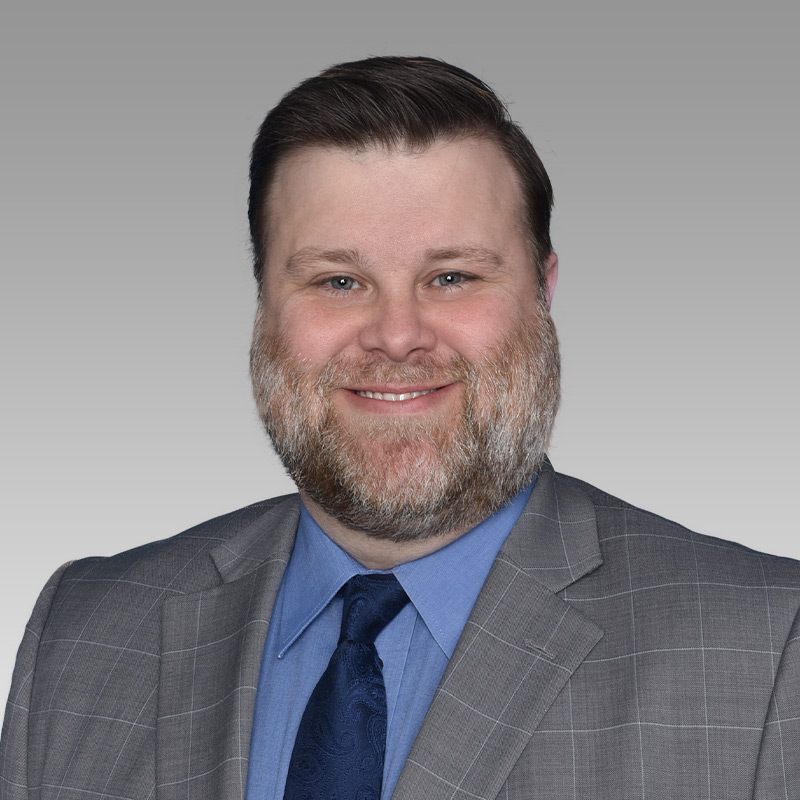 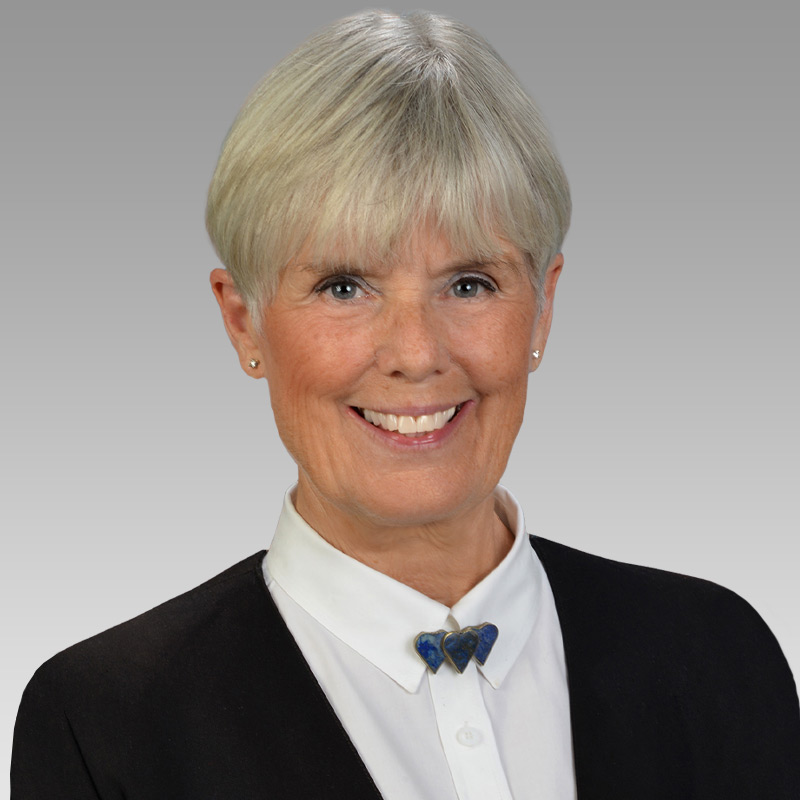 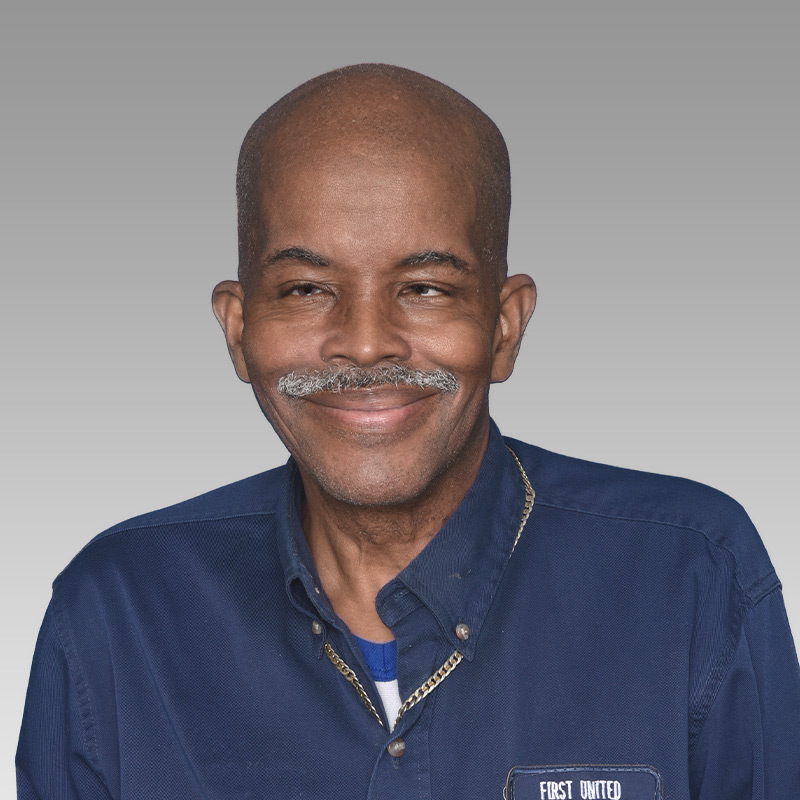 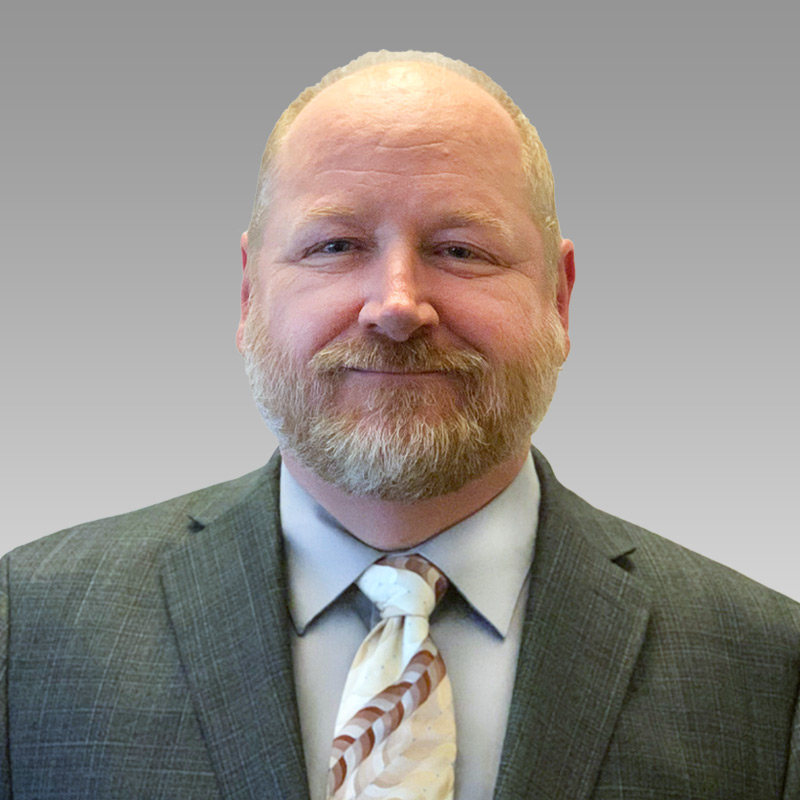 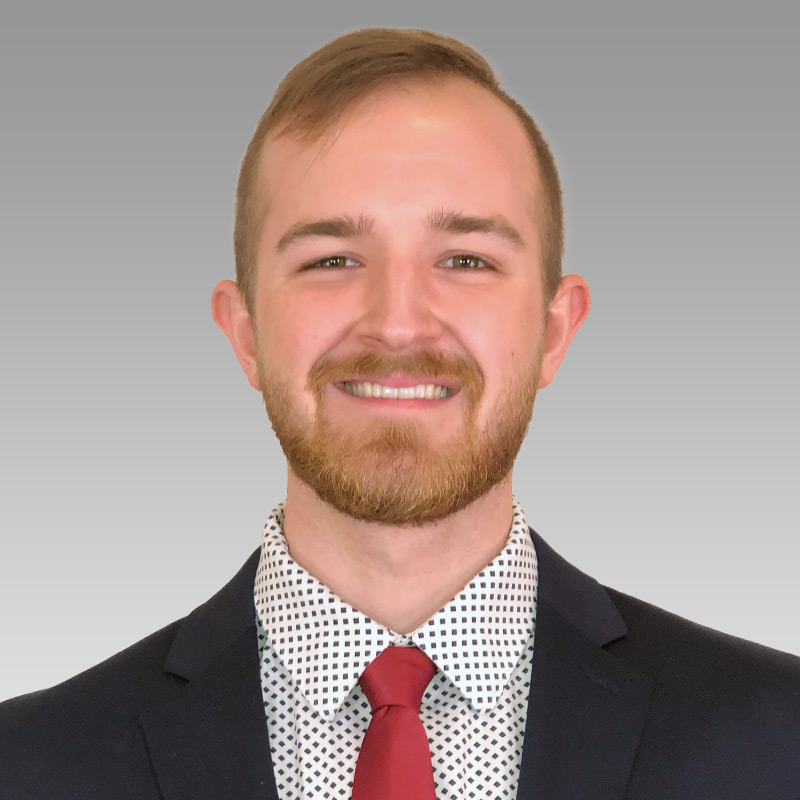 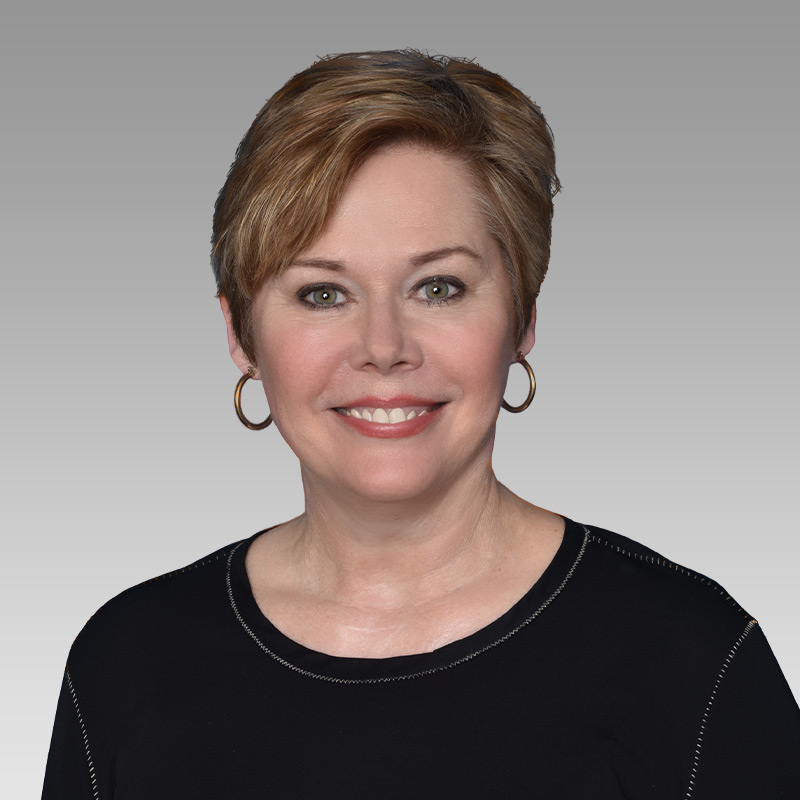 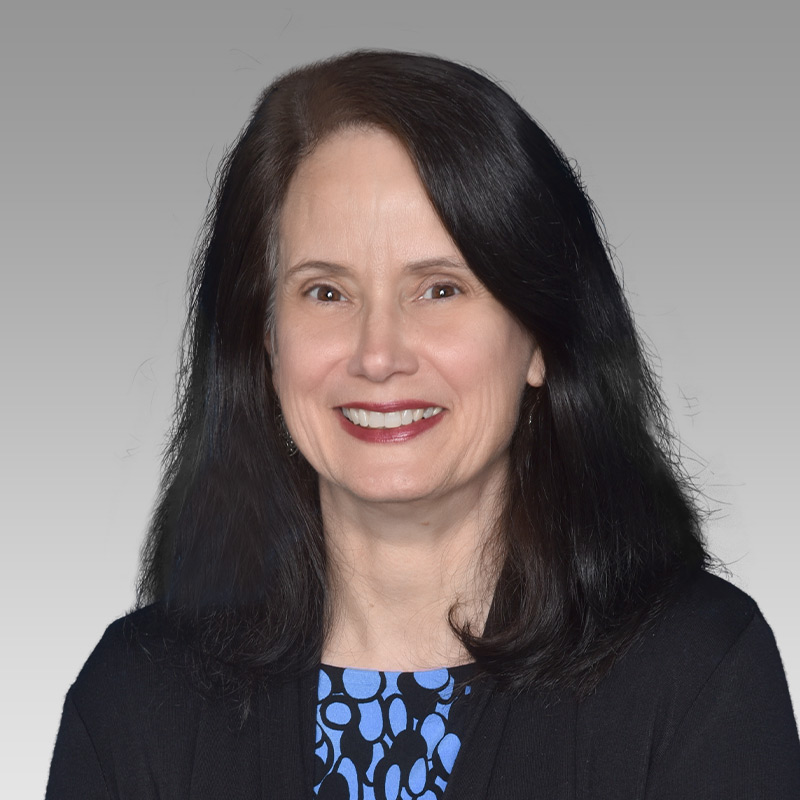 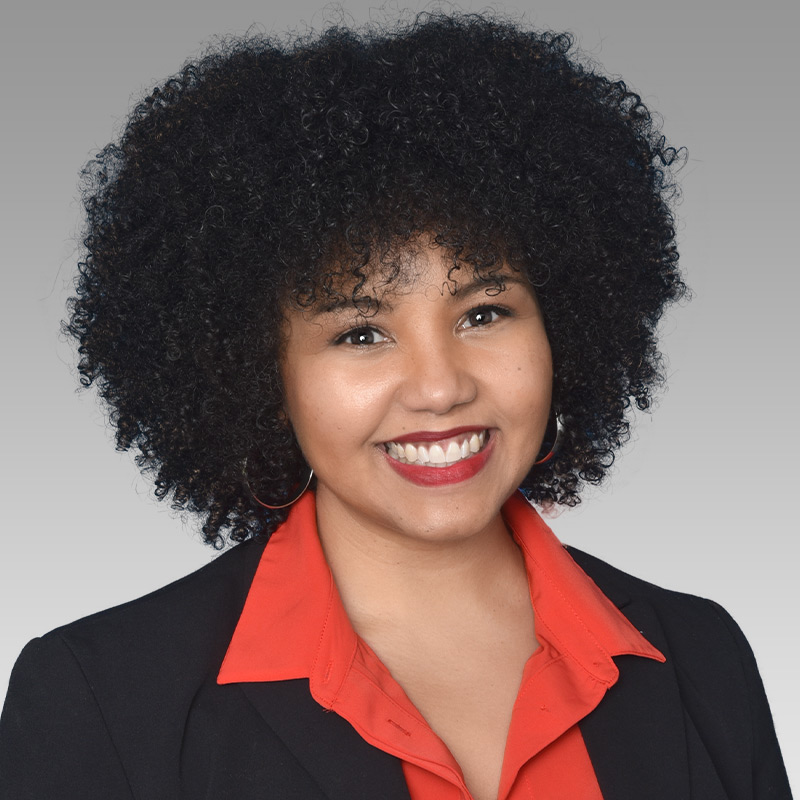 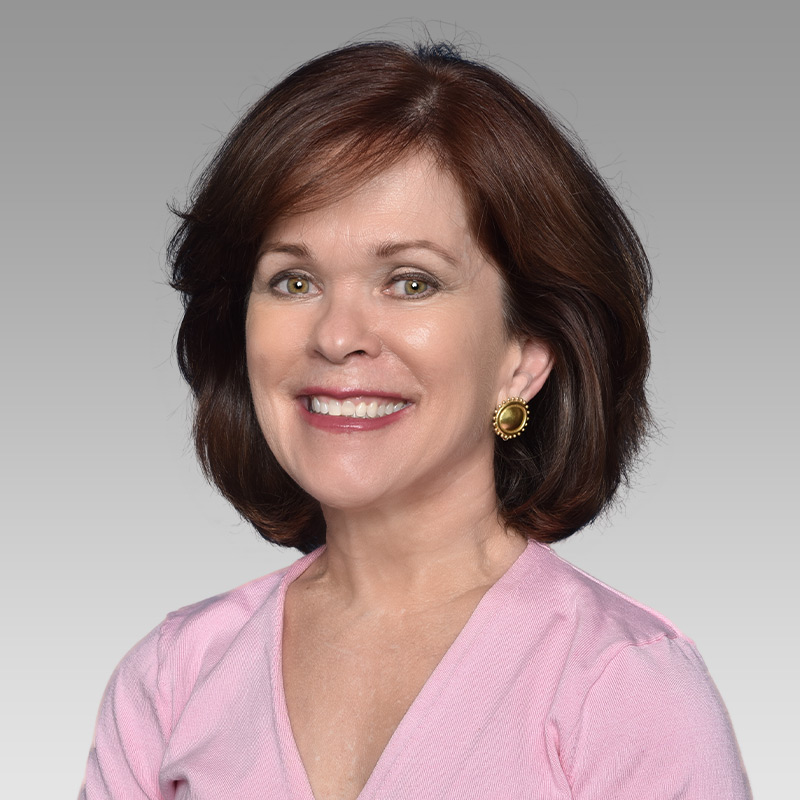 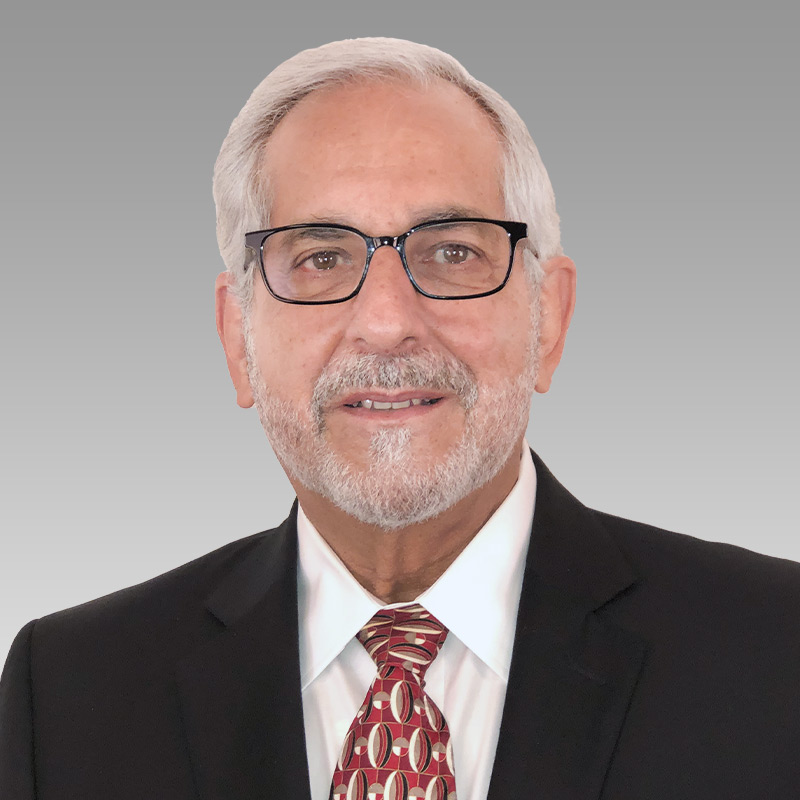 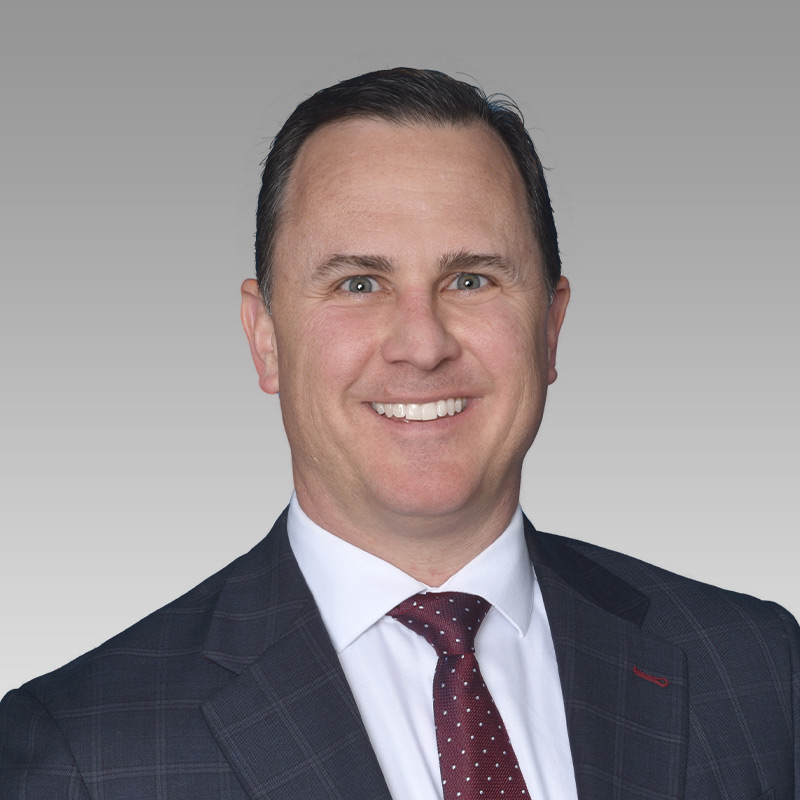 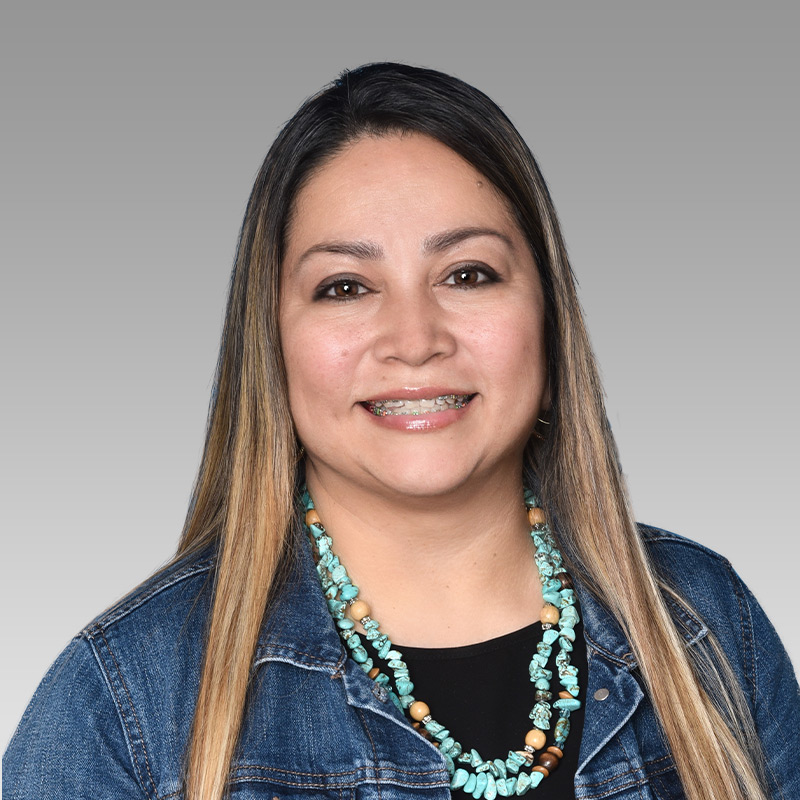 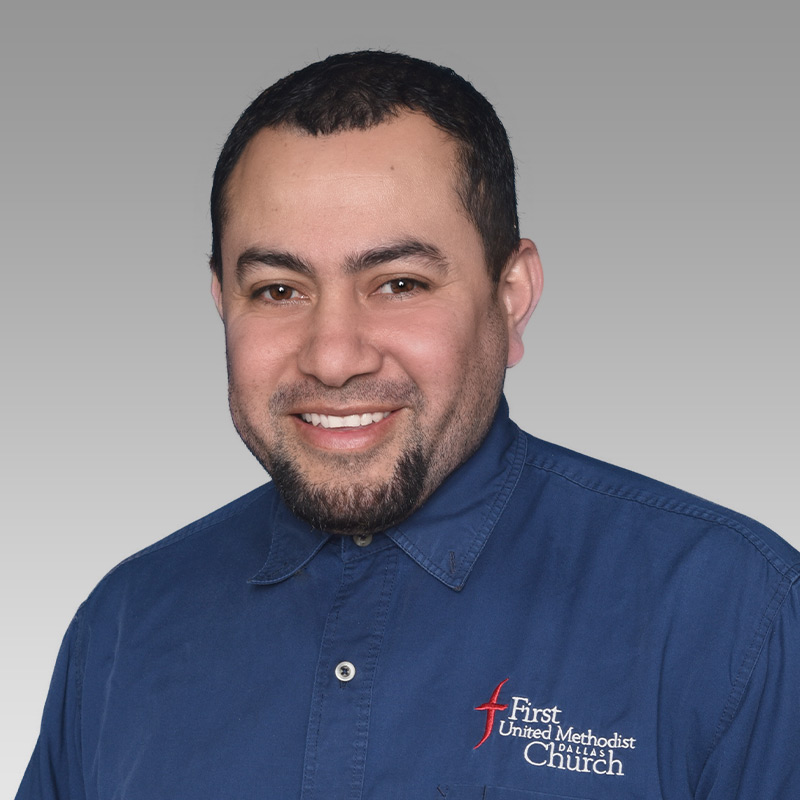 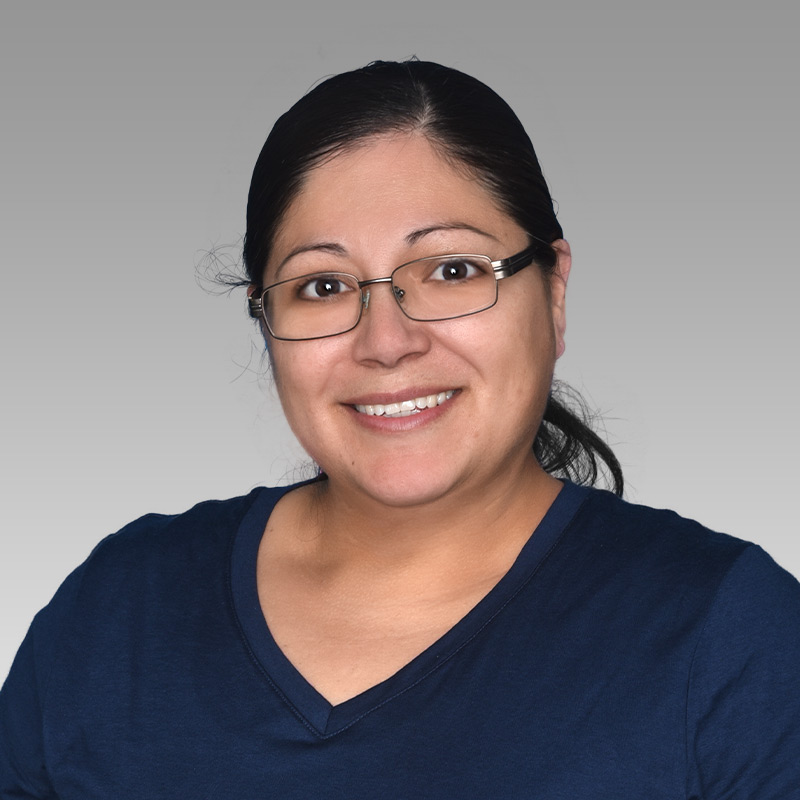 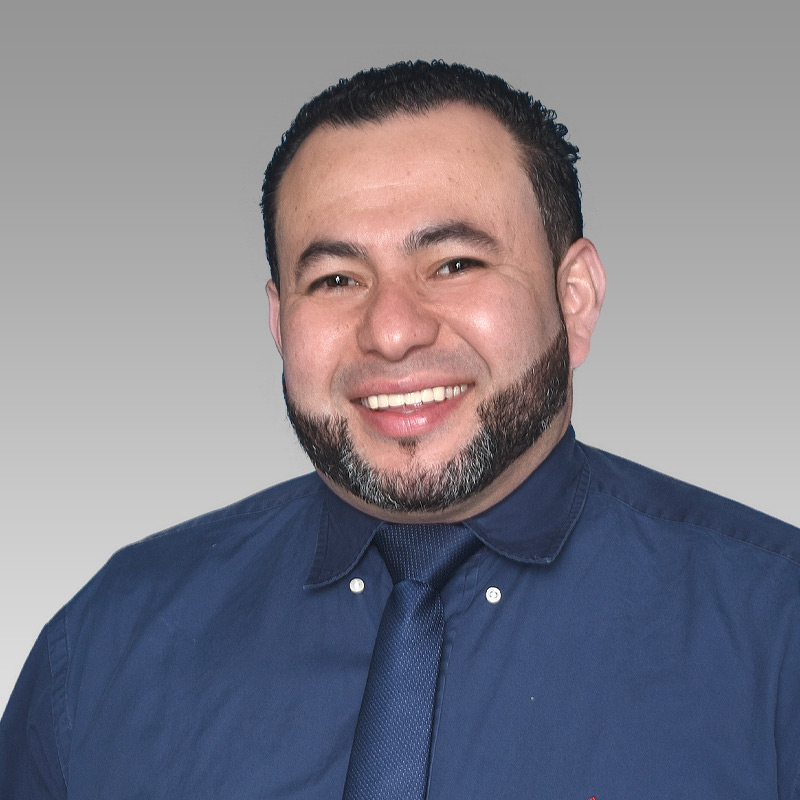 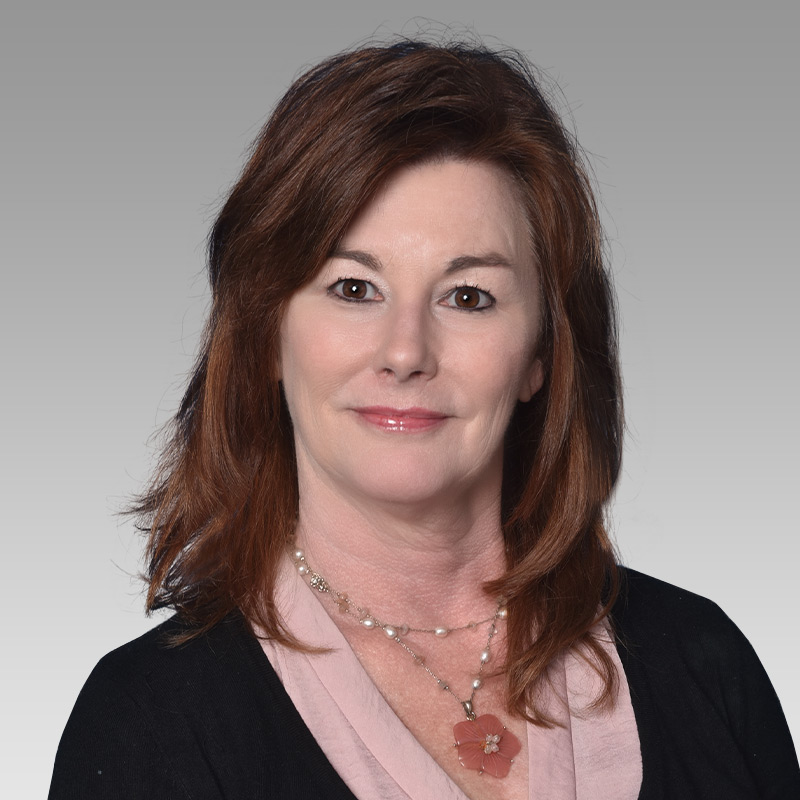 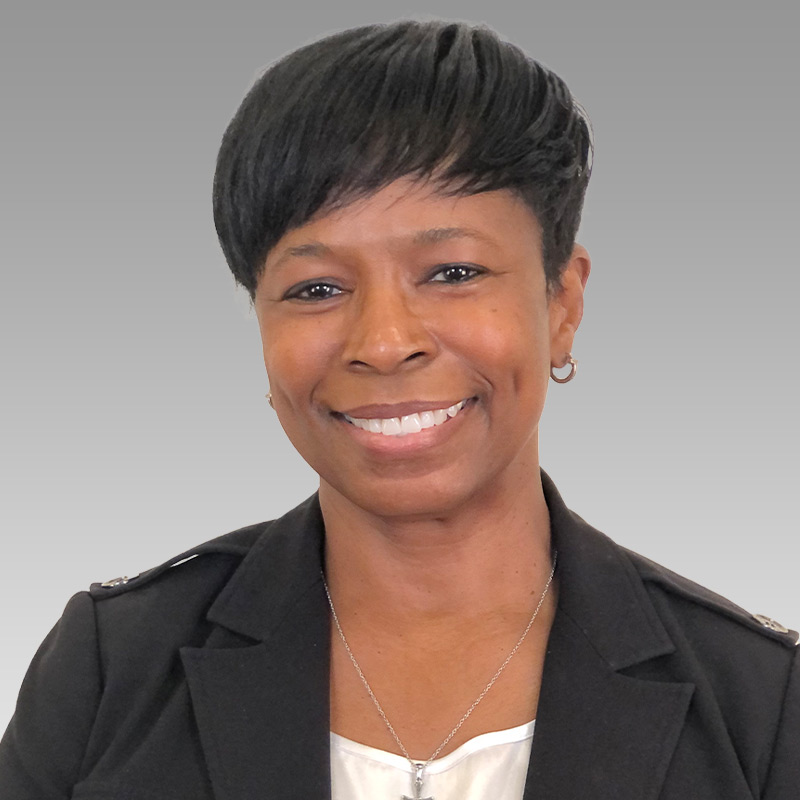 Holly Gaskill Bandel has served in local  church ministry for 18 years, including positions  as Senior Pastor, Executive Pastor and Associate Pastor. She grew up in Wylie, TX and received a social work degree from the University of North Texas. She is most passionate about ministry that reaches out and meets the needs of people in the community. Holly received her seminary degree from Duke Divinity School. Her husband Phil  is a TV engineer and they have two sons, Austin and  Jason. Holly is a Duke basketball fan, enjoys reading  and practices yoga.

Dana Effler is the Director of Music and Arts Ministries at First United Methodist Church of Dallas where she oversees the graded choir and handbell program, the Rotunda Theatre series, and Goodrich Gallery series.  She conducts the Chancel Choir, First Men’s Chorus, First Women’s Chorus, Vox Nova and the Variations Youth Choir. Under her direction the Chancel Choir has toured to Canada, England, Austria, Czech Republic, Italy, France, Scotland and Switzerland and has sung for both Southwestern division and National ACDA conventions. Beyond the church, Dana enjoys her work as a singer, guest conductor and clinician for organizations including ACDA, TCDA, Choristers Guild, AGO and The Fellowship of United Methodists in Music and Worship Arts. She earned her bachelor’s degree in music education from Furman University and master’s degrees in choral conducting and in vocal performance from Southern Methodist University. Dana is inspired and energized by the wealth and diversity of talent represented in the FirstChurch family and is continually amazed at the beauty of God’s creation in and through it.

Tim Effler is the Organist/Associate Director of Music at First United Methodist Church where he serves as organist for all worship services, weddings, and memorial services. Tim also administers the handbell program and directs the Alleluya Ringers and Celebration Ringers. In addition, he serves as accompanist for the Chancel Choir and Variations Youth Choir, and is the co-director of Vox Nova. Tim holds a bachelor’s degree from Furman University in organ performance, and master’s degrees in accompanying/vocal coaching and vocal performance from Southern Methodist University. Tim has served as President of the Greater Dallas Handbell Association and the Executive Board for the Dallas Chapter of the American Guild of Organists.

Anna Bundy Hagler is the Associate Minister of Connecting Ministries. She is a commissioned deacon in The United Methodist Church and is passionate about helping the church to meet people where they are. Anna has a BS in Communication Studies from Appalachian State University in Boone, NC and a Masters of Divinity from Southern Methodist University. She lives in Dallas with her husband, Kyler, and their greyhound mix, Jax.  She loves to find new coffee shops, attempt a round of golf, and read.

Evan Jones is the Associate Minister of Emerging Ministries at First UMC Dallas. He is a commissioned Deacon in the United Methodist Church. Previously has served as the Director of Youth Ministries at Custer Road UMC in Plano. Having spent the first 15 years of his career in youth ministry, Evan has served at Travis Park UMC – a downtown congregation in San Antonio – and Suncreek UMC in Allen. Evan has a BA from the University of North Texas and Masters of Church Ministry from Perkins school of Theology.  He lives in Plano with his wife Jana and 2 children Kyler (12) and Harper (6). He loves to golf, to build things, and to cheer on the Dallas Stars.

JoNell was born in San Antonio, Texas, but grew up on a Kansas farm about 30 miles East of Dodge City, Kansas. She earned a Bachelor of Music degree from Bethany College in Lindsborg, Kansas, where she met her husband Jody Lindh. Jody came to Dallas to study organ at SMU. They have been in Dallas ever since. JoNell taught elementary music at The Saint Michael School for 18 years. During that time she earned a Master of Music degree from TWU in Denton, Texas. On Women’s Emmaus Walk #4, the Holy Spirit called JoNell to ministry. She earned the Master of Divinity degree from Brite Divinity School at TCU in Ft. Worth.

She is a retired Ordained Elder in Full Connection in the North Texas Conference. JoNell served as an Associate Pastor at University Park United Methodist Church for 5 years before being appointed to Charlton Methodist Hospital. She was charged with the task of creating a Palliative Care Ministry. The Holy Spirit then led JoNell to serve as Pastor of Chapel Hill UMC in Farmers Branch for 6 years before retiring in 2013 with her husband, who served as the Director of Music at UPUMC for 45 years. Shortly after retirement JoNell was invited to lead the Saturday Night traditional service at St. Andrew UMC in Plano, Texas.

The Holy Spirit is still calling and JoNell is still following happily to serve as Minister of Congregational Care at First UMC, Dallas. Pastoral Care is the heart of JoNell’s call to ministry. She spent two summers studying with Dr. Alan Wolfelt in Ft. Collins, Colorado. Dr. Wolfelt is a noted expert in Grief and Loss Reconciliation. Out of a love for all God’s people, JoNell founded the Stephen Ministry at UPUMC and has led numerous Healing and Wholeness Services. JoNell served as a member of the Board of the Clergy/Chaplain Association at Presbyterian Hospital for 5 years. She was a Dallas-Denton/Metro commissioner for the Methodist Childrens’ Home in Waco, served on the Annual Conference Worship Planning Committee for the North Texas Conference, and served on the Metro District Superintendency Committee. JoNell is a certified Intentional Interim Minister for The North Texas Conference.

Music also brings great joy to her life. JoNell loves to sing. She sings in the Dallas Symphony Chrous and has sung in many other choruses in Dallas including the Plano Community Chorus, The Dallas Bach Society, Dallas Summer Musicals, and the Dallas Opera Chorus in the past.

Jody and JoNell are very proud of their two children, son, Eric Lindh (CEO of Project Transformation International) and his wife Heidi (Genetic Counselor), daughter, Katrina Gray (Administrative Assistant at Ventana Retirement Center and home executive extraordinaire) and her husband, Dan (electrical engineer). Jody and JoNell delight in their 6 “perfect” grandchildren who all live in Richardson and attend First UMC, Richardson, Texas. JoNell really enjoys being outside gardening or riding her bike around White Rock Lake

The Reverend Joseph Stabile is a Methodist pastor in the North Texas Annual Conference, as well as Co-Founder of Life in the Trinity Ministry, in Dallas, Texas.  Reverend Stabile has served in vocational ministry for forty-five years, with combined experience in spiritual direction, retreat leadership, pastoral care and leadership, and pastoral mentoring.  A former Vincentian priest, Reverend Stabile served as a Dean of Students and seminary professor, as Vocational Director for the Southern Province of the Vincentians.  During his years in the Vincentian priesthood, he was Pastor of several Catholic parishes in Dallas and the Panhandle of Texas.  After fifteen years as a Vincentian priest, Reverend Stabile left the Priesthood in 1987, and in 1989, his Orders were accepted in the United Methodist Church.  Reverend Stabile has served eight different local churches within the North Texas Annual Conference, and has served on the Conference Board of Ordained Ministry.  He taught at Perkins School of Theology in the Certification Program for Spiritual Directors.  He holds a Master of Divinity from DeAndreis Institute of Theology in Chicago, and a Master of Languages and Linguistics in Spanish from Universidad Ibero-Americana in Mexico City, Mexico.  Joe lives in Dallas with his wife Suzanne. They have 4 grown children and 9 grandchildren.

Dr. Stoker is the Senior Minister of First United Methodist Church of Dallas, Texas. Serving in this position of leadership in the heart of downtown Dallas since 2013, he has forged strong partnerships with the Dallas Mayor’s Office, the Dallas Arts District, the Dallas Independent School District and local and national education and literacy advocates. His formidable leadership skills and passion for equality combined with his research in practical theology and systems theory give Dr. Stoker a unique and clarion voice in the areas of social justice, advocacy, community outreach and racial reconciliation.

Prior to being appointed as the Senior Minister at FirstChurch, Dr. Stoker served Walnut Hill United Methodist Church of Dallas, Associate Director of Connectional Ministries North Texas Conference, and First United Methodist Church of Denton. Dr. Stoker received a Lilly Foundation Fellowship and served as on staff here as an associate minister at FirstChurch in Congregational Care. He chaired the Board of the Center for Missional Outreach in the North Texas Conference, launching the “Zip Code Connection” and laying the groundwork for a public education ministry.

Dr. Stoker has served as a delegate to Jurisdictional Conferences in 2012 and 2016 representing the North Texas Conference of the United Methodist Church. Dr. Stoker is a co-founder and DISD representative for Pastors for Texas Children, a non-profit organization committed to advocating for Texas children, families and communities. He has served on the Boards of National Project Transformation, Dallas Project Transformation, the North Texas Food Bank, Methodist Health Systems, The Dallas Arts District, CC Young Senior Care, the Texas Methodist Foundation, Faith Forward Dallas of the Thanksgiving Square Foundation, is currently the Chair of the Board for La Lydia Patterson Institute of El Paso. Dr. Stoker is the co-founder of the Compassion Council and collaborates frequently with the Crow Collection of Asian Art on events in the Arts District.

Dr. Stoker is married to Megan Callahan Stoker, a registered pediatric nurse, and they have two sons: Alex and Wesley. He is a graduate of Texas Tech University and earned his seminary degree from Perkins School of Theology at Southern Methodist University. Dr. Stoker completed a Doctor of Philosophy in Family Studies from Texas Woman’s University. In his spare time, he enjoys studying architecture, visiting art museums, and reading.

Minister Angela Williams has dedicated a 25-year career encouraging young people as a teacher, counselor, and school administrator. Using gifts God gave her as an educator, Minster Williams now encourages people of all ages to live up to their potential in Christ Jesus. Minister Williams was appointed as a Licensed Local Pastor in December 2014. Her joy was guiding the faith and spiritual development of children, youth, and their families. Because of her love for praising God, she occasionally led in worship by singing with the praise team.

Beyond the local church, Minister Williams serves on the North Texas Conference Leadership and Development Committee. Her community involvement includes participation in DeSoto Police and Clergy and serving on the City of DeSoto Domestic Violence Commission. Her service organization is Delta Sigma Theta, Inc., where she is a Diamond Life Member. In August 2019, Minister Williams received her Master of Divinity Degree with honors from Perkins School of Theology at Southern Methodist University. Her additional education includes a Master of Education in School Counseling from Dallas Baptist University, and a Bachelor of Applied Science Degree in Fashion Merchandising from Paul Quinn College.